The Rising Tide of Genetic Data – New Challenges for Health 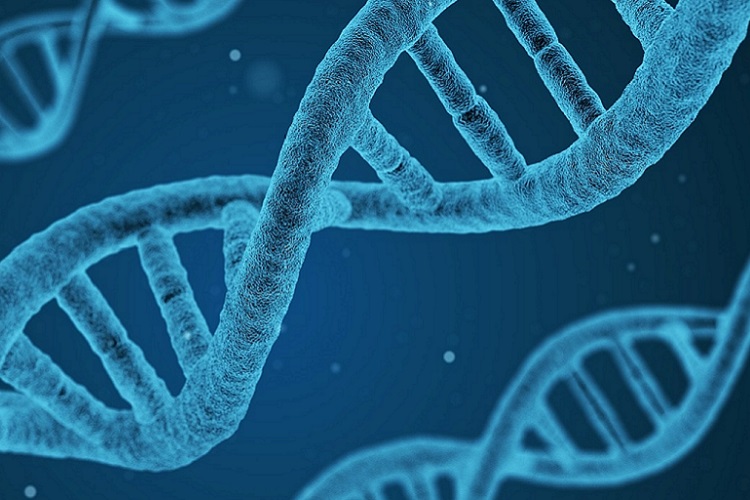 The application of genetic data is redefining medical diagnosis, treatment and prognosis – and is set to adjust, maybe even to reshape, healthcare.

In contrast to a simple blood test, a “genetic test” analyzes the composition and functioning of a single gene. These tests identify a susceptibility to a particular disease that may manifest decades later in an individual’s life (a predictive genetic test), or confirm that a disease is already present (a diagnostic genetic test).

“Genomics” analyzes all of the genes in the human body and their interrelationships in order to identify their combined influence on the development and health of the individual. The results present totally new possibilities for precise diagnosis, targeted treatments, disease prediction and prevention.

In contrast to traditional diagnostics, the sensitive nature of genetic data has the potential to cause anxiety, influence major life decisions and result in discrimination.

This project operated from 1990 to 2003, ushering in a new phase of biology and bio-medical research. It provided information about the sequences of the three billion nucleotides (subunits of DNA) that make up the human genomic DNA that lies in every human cell, identified the location of many genes, provided information about their structure and organization and chartered variations across human genomes, enabling a deeper understanding of disease including diagnostic and treatment options. This was just the start. The technologies and knowledge to read and analyze the human genome continue to advance at a rapid pace.

Genetic testing has grown from a niche specialty for rare disorders, to a broad scope of applications for complex diseases (including diabetes, stroke and cancer) and personal use. There are three general types of genetic testing:

These tests detect mutations in a single gene that is responsible for a particular disease (“single gene diseases”). Single gene diseases are primarily rare, inherited disorders. To a high level of detail and quality, these tests identify the presence of an existing disease or predisposition to a disease which may manifest later in life. The tests are the most tangible result of the Human Genome Project and are already applied in clinical practice, mainly performed through specialized healthcare providers such as genetic counsellors.

There are currently more than 5,000 different single gene tests available for diagnoses such as cystic fibrosis, hereditary breast cancer (BRCA) and Huntington’s disease. The lifetime risk of suffering from one of these diseases is low, in the 1–2% range.[1]

In contrast to single gene analysis, whole genome sequencing (WGS) includes the analysis of the entire genome, i.e. the approximately 25,000 genes of the human cell. It simultaneously identifies millions of genetic variants and leads to a better understanding of the mechanisms behind many common diseases. In the medium term, the expectation is for this to lead to more accurate and early diagnoses, even decades before a disease’s first manifestation. Furthermore, this type of testing could enable early, more effective treatments and the possible prevention of many diseases.

The technologies needed to analyze and interpret genomic sequences have continued to improve and costs have plummeted. At the beginning of this century, the cost of sequencing an individual’s genome was close to $100 million[2]. Within the next few years, the cost is expected to fall as low as $1,000. Lower pricing will inevitably lead to more testing and more data.

Because of its all-embracing nature, incidental findings unrelated to the original reason for sequencing can result. To date, WGS has been performed for tens of thousands of individuals in developed markets, including the US and the UK. Common diseases were incidentally found[3] in around 1% of cases. However, the full clinical interpretation of the genetic variants remains inadequate since these have to be assessed in conjunction with an individual’s medical history and clinical symptoms/findings. This involves an extraordinary amount of data processing and analysis.

Formerly constrained to the field of medical research, WGS is now being used in some hospitals and clinics to analyze the cancer tumors of selected patients to determine the most precise, targeted treatment (“personalized medicine”).

Despite the falling cost of WGS, substantial medical costs may result from performing consequential medical tests (e.g. imaging and endoscopies) and from the downstream actions that their results trigger. How these extra costs compare to cost savings from the prevention of disease manifestation is not clear and will require many more years’ worth of experience.

Numerous large-population based projects are already tapping the potential of genomic data for new diagnostic possibilities, treatments and healthcare strategies. For instance, in the UK a national program has been launched to sequence up to 100,000 genomes from patients and to combine this with clinical data from the UK’s National Health Service. The UK strives to become the first country to introduce WGS as a mainstream component of a precise diagnosis and direct targeted treatment for many common diseases, particularly cancer[4]. Many other countries are conducting similar projects, often collaborating with universities, pharmaceutical companies or private genomic companies.

In addition, last but not least, Google, Apple and Amazon have entered this space and are amassing mega-databases of genomic information[5].

These tests are marketed directly to consumers. The test typically involves collecting a DNA sample at home, often by swabbing the inside of the cheek, and sending the sample back to a laboratory. Consumers are notified of the result, often combined with a message to consult an online expert. Prices are low, often in the $200 range. No healthcare professionals need to be involved in the tests and they are not documented in the healthcare system.

In terms of disease predisposition, the tests analyze only a small proportion of the human genome, focusing on the hundreds of thousands of “single nucleotide polymorphisms” (SNPs) that are suspected to be associated with common diseases. Research, however, has shown that risk prediction based on SNPs is still unreliable[6], has limited clinical value and limited impact on lifestyle improvement.

In April 2017, the U.S. Food & Drug Administration permitted the marketing of DTC tests for predisposition to ten diseases/conditions[7], including Alzheimer’s and Parkinson’s, two common diseases that impact the need for care later in life.

DTC tests are mounting in volume and diseases covered (the largest DTC company has already genotyped over two million customers) and the accuracy level of the tests may improve.

Shaping the new era of healthcare

Individuals may stand to be positively impacted by knowledge of their genetics, leading to earlier diagnosis or even efficient preventative measures that delay, mitigate or even totally prevent chronic diseases.

DTC tests empower consumers.  Irrespective of current low reliability, with better informed patients and low threshold tests which can easily be purchased without participation of any healthcare stakeholder, these tests will become more common.

Against the background of rapid growth in genomic knowledge due to the enabling powers of data processing and advanced analytics, the pace of change and advancement in genetic and traditional medicine will undoubtedly accelerate.

Health insurance may have to reimburse not only extra medical costs to collect and analyze genetic data, but also additional clinical check-ups and examinations prompted by incidental findings of uncertain significance.

Whether such tests are reimbursed would depend on the carrier. In the U.S., for example, most Health policies require tests to be medically necessary. With this issue on the horizon and especially if there is no government mandate, the establishment of guidelines for the reimbursement of costs to collect and analyze genetic data would be a good starting point.

It is also not clear as to whether these costs and the costs associated with preventing diseases from manifesting if a genetic predisposition is identified, will be offset by the future cost savings of early intervention/prevention.

Life and Health Solutions from PartnerRe

With expertise in global Life and Health markets, and with a strong focus on analytics, innovation and partnership, we help Life and Health clients manage risk through reinsurance and risk mitigation solutions. Please contact us to discuss how we can help your business to prepare for the genetic revolution and to thrive within it.

This article is an abbreviated version of ‘The Rising Tide of Genetic Data – New Challenges for Life & Health Insurance’ (PartnerRe 2017), which includes reference to the evolving impact of genetic data on Life insurers, in particular as regards adverse risk selection.