The Changing Profile of HIV 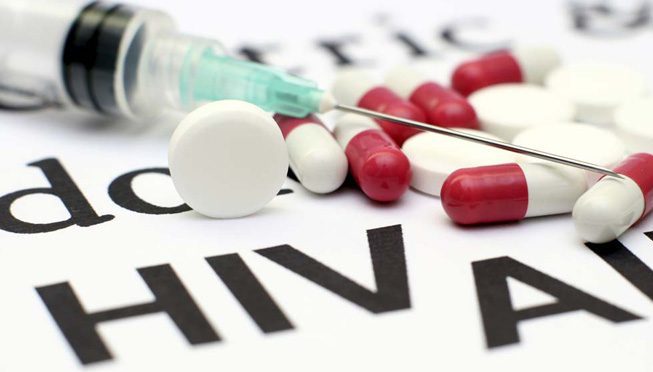 Given early and correct medical treatment, life expectancy after an HIV diagnosis is now substantially improved. Medical advances and research into HIV/AIDS risk factors have enabled life underwriters to adjust their approach to HIV risk assessment.

Research shows a continuing improvement in mortality for HIV-infected individuals linked to improvements in medical diagnosis, monitoring and treatment. For life (re)insurers, medical advances alone warrant an underwriting rethink. But the story is more complex than that. Research has also shed much light on the contributory risk factors to HIV mortality. For example, there is now a much better understanding of the impacts of lifestyle, age and gender. With this information (re)insurers can implement a more refined risk assessment. In this article we review the individual threads that build up the full picture of HIV mortality and specifically how these factors manifest into medical underwriting at PartnerRe.

It is estimated that over 40 million people have died from HIV infection since the global epidemic began and that approximately 33 million people worldwide are currently living with the virus1. The impact of HIV however varies markedly by continent and country (see figure 1), and also in terms of the groups at greatest risk of infection. For example, in the developed world less than 1% of the population has HIV; it is predominantly an urban disease afflicting young homosexual males (50% of all new U.K. HIV infections in 2010 were in this group2). The picture is radically different elsewhere. In Easte Europe, injecting drug users and sex workers make up the majority of those infected. In Africa, most HIV transmission is via heterosexual sex and the disease disproportionately affects the female rural poor. The problem in the ten countries of Southe Africa is very severe: HIV prevalence rates here vary between approximately 15 and 25%3, 34% of all HIV infected individuals and 40% of all infected adult women in the world live in Southe Africa.

At the beginning of the pandemic, insurers, like governments and health care professionals, were unsure as to how virulent the disease would be. Premium rates for life insurance rocketed. By the 1990’s rates softened in developed markets as the impact of HIV on overall population mortality tued out to be low. Underwriters then concentrated on identifying high risk individuals and declined HIV-positive applicants. By 2005, while the annual rate of new HIV infections in the developed world was continuing to grow, the annual number of AIDS diagnoses and deaths was falling. A new mortality risk factor had emerged prompting many to call for a rethink of the way that HIV risk was being underwritten.

Figure 2 shows the patte of the HIV epidemic in the U.K., which is similar to that observed in most developed nations. HIV infections initially peaked in the mid 1980’s, and AIDS diagnoses and AIDS related deaths slowly rose over time. After the introduction of antiretroviral treatment (referred to as ART or HAART) in the mid 1990’s, the number of AIDS related deaths fell. Paradoxically however, HIV infection rates then grew considerably, reaching a new peak in 2005. Commentators conclude that with the removal of the fear of immediate mortality, society has perhaps started to ignore the messages on “safe sex”.

Figure 2: Annual new HIV and AIDS diagnoses and AIDS related deaths in the U.K. from 1981 to 2010. Source: HPA2. The positive impact of antiretroviral therapies on AIDS diagnoses and deaths can be seen from the mid 1990’s. This is followed by a sharp increase in HIV infection rates from the late 1990’s, possibly due to a reduction in the associated fear-factor given the availability and successes of ART.

Antiretroviral treatment (ART), especially when used early, is responsible for the reduction in HIV patient mortality and usually involves at least three types of drug. Lohse (2007)4, for example, showed that HIV positive patients diagnosed at age 25 (excluding those with Hepatitis C) and given ART had a median survival of 38.9 years. ART sustains the suppression of the virus in order for the immune system to be both preserved and in some instances to be restored. The efficacy of the treatment has been demonstrated in a raft of studies, which have also shed light on the role that other risk factors play in determining how effective the treatment will be, and thus on the overall mortality of HIV. Studies show that the success rate of ART on an individual is dependent on a number of factors:

– Non-AIDS cancers, liver disease and cardiovascular disease are major causes of death.
– Given that 50% of HIV patients are estimated to be smokers (Auld 20129) and alcohol after Hepatitis is the major cause of liver disease, lifestyle plays a significant role and should be a factor in any underwriting decision.
– ART itself appears to be lipogenic10 and in the longer term can/will impact HIV patients through an increased risk of death from cardiovascular disease.

A new approach for HIV

PartnerRe’s medical underwriters and life actuaries closely follow developments in the fields of medical research and social change, evaluating the impact of these developments on incidence rate and severity projections.

Over the last decade there have been amazing strides in both the understanding of the contributory risk factors that influence HIV and also in how the disease is managed and treated. The result is a dramatic improvement in the life expectancy of HIV infected individuals, an improvement that means that HIV is no longer unacceptable in terms of life insurance.

However the underwriting assessment of the disease remains complex; multiple risk factors are involved and their values and influences must be carefully considered. Based on our experience and research, PartnerRe has a defined approach to assessing HIV which takes into account these complexities alongside global demographic considerations. As an indicator of where we might position a start point for HIV risk assessment, the adjacent table summarizes our ‘optimal control’ HIV guideline measures for the U.K. and Ireland life markets.

If you are interested in finding out more about how PartnerRe assesses HIV and other life insurance risks, please contact our life underwriters for your respective market.

Lewden et al. All cause mortality in treated HIV-infected adults with CD4 ≥ 500/mm3 compared with the general population: evidence from a large European observational cohort collaboration. International Joual of Epidemiology 2011. 10, 1093.