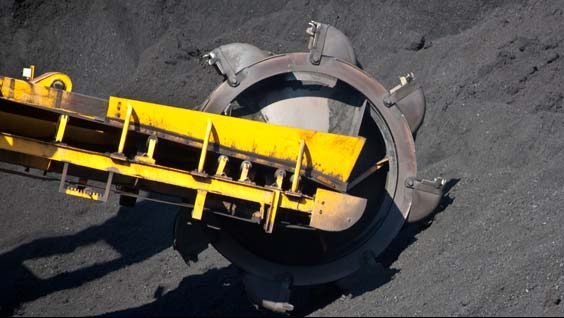 From flooding to fire and explosion, mining faces multiple risks, each with the power to cause extensive loss. We look at the main risks impacting this sector, how these can be mitigated and what all this means for re/insurance.

With several tragic and major loss events in the headlines over past months, what are the main risks impacting this sector, how are these risks mitigated and what does all this mean for re/insurance?

A lot at stake

Whether underground or surface mining, multiple risks are present in mining, many with the power to cause significant loss of life, equipment (machinery can cost tens of millions of dollars), loss of production and income, as well as serious environmental damage.

For the major mining corporations (just six control approximately 70% of the industry), captives are the norm. Mining continues to be a growth sector, with a continuing tendency for assimilation of smaller players and increasing levels of risk retention and self-insurance. Beyond the retentions, limits of up to a billion dollars per loss, placed into international re/insurance markets, are not unusual. Property damage programs are generally all-risk with peril limits, such as for flood, and options to buy additional covers. Depending on the market, treaty or facultative reinsurance is available, facultative being the more usual as each mine presents a highly individual risk.

With so much at stake however, safety and all forms of risk mitigation must be the priorities for all concerned. Technical underwriting promotes these measures and is a decisive component of a sustainable industry sector. In the current soft market and despite losses, this is sometimes over-looked. This discussion focuses on property damage re/insurance. Liability risks for mining are placed separately, principally through specialized markets such as Lloyd’s syndicates.

Flood risk to underground and above-ground mining operations can result from ingress of ground water or from uncontrolled surface run-off, such as from flash flooding after heavy rains. Flooding can destabilize pit walls resulting in mine collapse and loss of life and heavy machinery. The recent Queensland, Australia floods, for example, caused significant mining losses (including estimated lost mining revenues of between $2.3 and $3.5 billion).

To prevent water entering mines, ongoing systems of boreholes and pump stations are installed; these are critical for the continuous dewatering of mining operations, e.g. at the working mine face. Having an adequate arrangement of pumps that is appropriate to the local flood risk is critical. Levee banks are another important defense against flood. In flood prone areas these are being rebuilt on a regular basis and to an improved standard.

Compared to ground failure events, flooding results in significant extra property damage costs beyond damage to machinery. Water must be pumped out of the flooded pits, mud removed and levees rebuilt. Flooding of a long-wall (an automated form of underground coal mining along flat seams) can be particularly costly as the equipment cannot be moved. In mining insurance, losses associated with flooding are therefore assumed to exceed losses due to ground failure.

Earthquakes and rock bursts (mining-induced seismic events of sufficient magnitude to cause serious damage to mining excavations and supports, or widespread simultaneous rock falls) are a constant risk to mining.

Generally, seismicity levels are higher and therefore more damaging at greater mining depths and for stiffer (less elastic) rock masses. Even earthquakes with an epicenter some distance away from workings can cause roof collapse and damage mining machinery.

Ore is brought to processing facilities using conveyors, which can be tens of kilometers in length. For both underground and surface mines, these conveyors are of various capacities and speed, and use conventional conveyor technology. They are generally covered along their length by sheeting.

The risk of underground conveyor belt fire can be increased depending on the particular ore being conveyed, e.g. coal dust which is highly flammable. The environment is also a risk factor, such as introducing exposure to bush fire or theft. In addition to damage caused to machinery, conveyor fires lead to bottlenecks in mining and processing operations, and therefore to large business interruption exposures.

Tailings (refuse material following the concentration of extracted minerals) are deposited into storage “paddocks” using a conventional “day wall” arrangement. Overland pipelines are used to transport the tailings. As mines go deeper and wider to extract more material to meet increasing demand, the volume of tailings is rising. If a dam fails, this can have serious consequences on the local environment and people, and if in the vicinity of the mine, will also impact mining and processing/refining operations. The maximum possible insured property loss is often generated by a tailing dam failure or collapse.

Lines of instruments known as piezometers are used to detect seepage through dam walls.

These also help to detect and thus prevent damage from erosion.

The mining industry uses large and expensive machinery, such as long-walls for underground coal operations, large mills for grinding ore, winders for shaft operations, ventilation fans, refrigeration plants, draglines, shovels and crushers. As mentioned above, if these machines break down, bottlenecks and loss of production follow. Proper usage and maintenance are the duty of the insured. Machinery breakdown is covered but excludes claims relating to wear and tear or to instances of improper usage of equipment or failure to properly maintain.

Having spare parts available on site is essential, as is regular predictive and preventive maintenance and non-destructive testing of machinery to detect and prevent future mechanical/electrical failures. As an example of the latter, mills are stopped for relining and visually inspected for wear and tear, oil analysis is conducted on mill lubrication systems, conveyor gearboxes and thickener hydraulics, and hand-held vibration monitoring equipment is used to check for vibrations. Results are analyzed continuously using proprietary software.

Underground coal mines are most at risk from fire/explosion. Many combustible products are present in coal mines, some capable of ignition at comparatively low temperatures. The coal itself in fact poses a serious hazard; although high temperatures are required to ignite it in its solid/uncut form, its dust can easily be ignited, with devastating consequences. The presence of methane in underground mines adds to the risk of fire/explosion (methane ignition or spontaneous combustion). A build-up of methane gas was the stated cause of the tragic coal mine explosion in New Zealand in November 2010.

The preferred method of underground fire-fighting is to flood the mine with water or inert gas. Production would in all likelihood be halted for a considerable period and damage to equipment/machinery would be very high.

Ore prices have increased substantially over the past decade, reflecting the increasing demand from emerging and fast developing countries, most notably China. Rising prices over the past decade are in fact the single main factor that has increased gross profits from ore mining operations over this period. Strong growth is expected to continue and prices to follow their sharply upward path.

Pronounced commodity price increases have a large impact on business interruption insurance. If insured values are not capped or controlled (e.g. through clauses and quarterly value reporting), insurance losses can be much higher than expected and importantly, higher than priced for in the original insurance contract. Contracts for ore are now made on a quarterly spot price basis, rather than on an annual basis, a positive move that has increased transparency. The re/insurance impact of un-capped/controlled values is disproportionately high for excess of loss reinsurance.

And what does all this mean for re/insurance?

Due to the heavy risk exposures in mining, working closely with the insured’s Risk Management department on risk mitigation is central to re/insurance relationships in this sector. Site visits and regular independent surveys by qualified engineers are key underwriting components to ascertain the real level of risk. Models are also used by re/insurers to assess the risk from natural perils, such as flood and earthquake; these perils may then be limited or excluded from programs.

The impact of excessive commodity price inflation on business interruption insurance can be limited by capping values, or by working to a daily average commodity price in agreement with the insured or via quarterly declared business interruption values and associated premiums. This will remain a theme as long as demand exceeds production capacity.