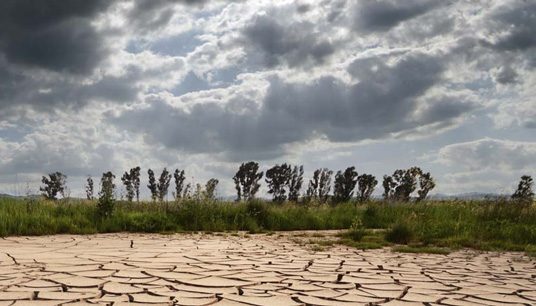 Change ahead. Catastrophe research expert looks at the results of the Inter-governmental Panel on Climate Change (IPCC) special report 2012 and gives modeled examples of how this could affect U.S. hurricane risk.

According to the 2012 Report of the IPCC – The Intergovernmental Panel on Climate Change – the characteristics of extreme weather and climate events are changing, risk and exposure continue to increase and preparation and adaptation are essential. We review the main findings of the report and look at what this could mean for re/insurance using the example of North Atlantic hurricane risk.

Overview of the findings

Based on the latest scientific knowledge, the 2012 IPCC special report, ‘Managing the Risks of Extreme Events and Disasters to Advance Climate Change Adaptation’, 1,2 sends a clear message to governments of ‘change ahead’.

The report presents how global and regional climate and weather extremes have changed and are expected to change given different scenarios of atmospheric greenhouse gas concentrations and other climate-influencing factors. For each of the considered climate and weather extremes, the report summarizes the level of certainty (ranging from virtually certain to exceptionally unlikely³) that changes have occurred, will continue to occur and the likelihood that humans have contributed to the changes (see overview in Table 1). 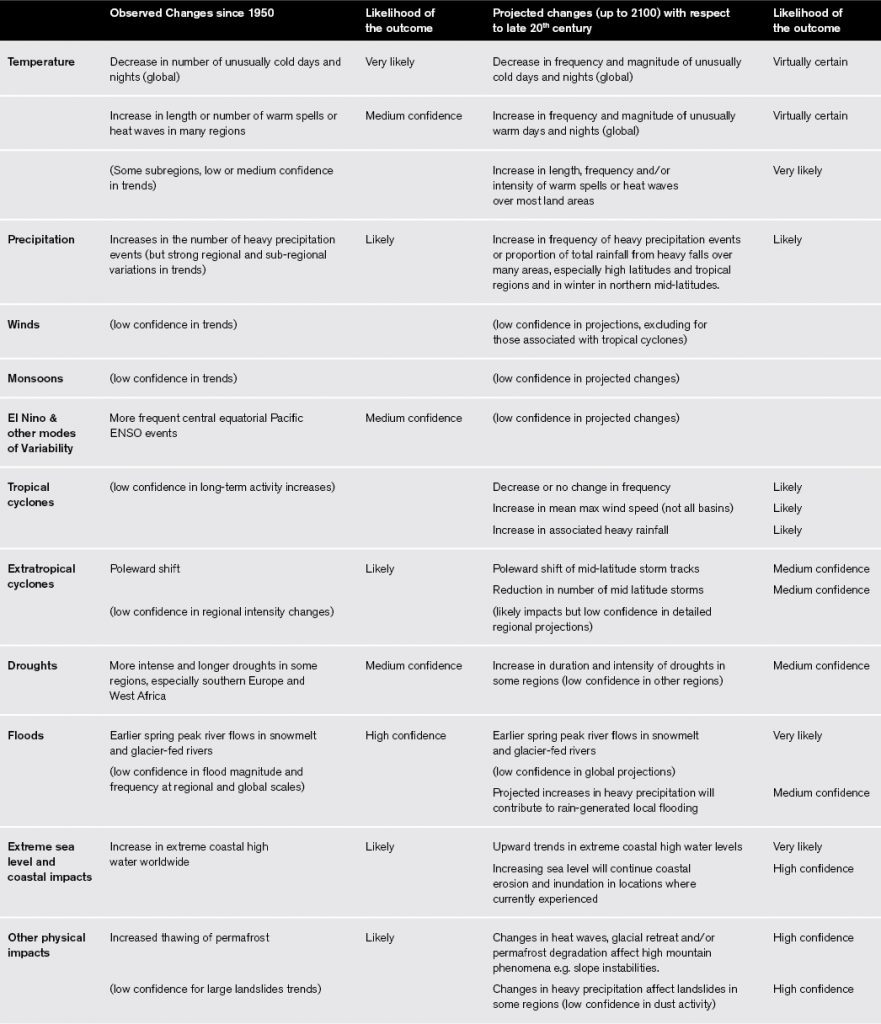 Table 1: Synopsis of table 3.1 from the full report. Based on the analyses of past data and climate model projections, this table gives an overview of past climate/weather trends and future projections, together with the confidence indicators of the given statements.

It is also reported that changes in vulnerability and exposure have played an important role in bringing about the observed overall increase in catastrophic risk and associated economic losses. The report presents examples of how the potential adverse impact of climate extremes could be managed through a step-wise reduction in exposure and vulnerability.

Parallels to re/insurance & challenges to come

The same step-wise adjustment to risk management proposed by the report already underlies the working model of re/insurance markets:

Reacting to change is something that the re/insurance industry is highly practiced at and we must clearly remain proficient. But beyond that, exactly how climate change manifests itself and the impact that it could have on capital presents an even greater challenge. Our focus in this article is how projected changes in climate could impact re/insurance. By using our proprietary CatFocus® tropical cyclone model, we are able to investigate the sensitivity of potential losses suggested by the scientific data contained in the IPCC report.

Tropical cyclones (or hurricanes) impact the lives of thousands every year. In less developed countries the toll is often high, with many lives lost and complete destruction of property and infrastructure; in more developed nations the number of lives lost is often less, but the economic impact is far greater. As stated in the report, economic losses are increasing, mainly due to the increasing population and wealth of people settling in areas of high natural catastrophe risk. The re/insurance industry is compensated for increases in risk from exposure changes through earned premiums; detailed exposure data enables the industry to quantify this aspect. However, a much more demanding task is assessing the change in risk associated with possible future changes in tropical cyclone frequency and intensity. This is due to the high levels of uncertainty attached to the predictions themselves.

Why so much uncertainty? Scientific understanding of the structure of tropical cyclones and the meteorological and climatological conditions under which they are formed, the paths they take and intensities they reach continues to improve. However, there are still gaps in the historical tropical cyclone record. This contributes to an incomplete understanding of the physical mechanisms linking tropical cyclone metrics to climate change. As a result, the report finds only low confidence of observed trends (and the attribution of those trends to human influences). In terms of projection, it has recently become possible to simulate these phenomena in global circulation models (GCMs) at the time scales needed to assess changes in potential risk. Even so, uncertainties remain, resulting in a low confidence in the projections of changes in tropical cyclone genesis, location, track, duration and areas of impact.

Despite the uncertainties, the level of consistency among climate models and physical reasoning enables the report to state that:

But what does this summary of potential changes mean in economic terms and how does the uncertainty of the predicted changes translate into uncertainty in future loss changes?

Figure 1 and table 2 show the dramatic and varied range of potential change in estimated potential future losses at the end of the 21st century for U.S. hurricane risk. Many scientific publications were used by the IPCC to build their conclusions about potential tropical cyclone changes, however, here we present data based on two scientific studies, Bender et al. (2010)4 and Sugi et al. (2009)5, which were referenced in the report, and the PartnerRe CatFocus® tropical cyclone model. It should be noted that this study was not performed with industry exposure data, and therefore should not be interpreted as changes to industry risk.

The estimated loss changes from both studies show visible differences from the present day climate at return periods as low as five years. Bender et al. estimates a consistently higher loss potential (from present day climate) for return periods of more than two years of between approximately +25 and +50%. In comparison Sugi et al. gives a range of between approximately +44 and -35%. In the 10 to 100 year return period range, Bender et al. shows an average increased loss potential of +45%, whereas Sugi et al. indicates a range of between +22% to -22%. Given such a varied range of projections it is important to understand their characteristics.

Bender et al. estimates the largest frequency increases in category 4-5 intensity hurricanes. This study is a leading scientific publication due to the demonstrated ability of their model to simulate the observed intensity distribution of hurricanes in the North Atlantic Ocean basin. However it relies on a series of coarse resolution GCMs as the basis of its higher resolution simulations (as high as 8km). More work is needed from the scientific community to quantify the uncertainties associated with this approach.

Sugi et al. uses a variety of model configurations with horizontal resolutions between 20 and 60km, the latter being the lowest resolution where detectable trends in future intensity are possible. The approach uses higher resolution primary models than Bender et al. and therefore in principle has the ability to capture more of the relevant processes for tropical cyclone formation. However, the study does not simulate events to the scales necessary to give guidance on the most intense storms.

Despite the variety of scenarios of U.S. hurricane potential loss, what can be said is that there are likely to be more intense, costly events (the mean of the tropical cyclone climate has shifted to a higher loss potential). For re/insurers, this means having adequate capital reserves to ride out the potential ‘storm of climate change’. 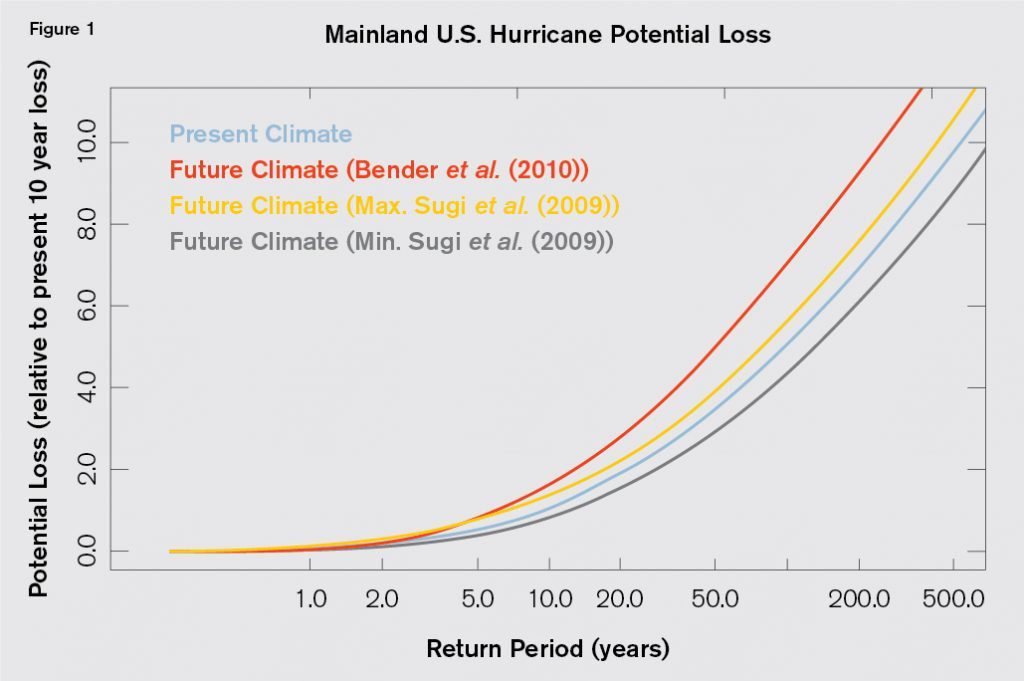 Figure 1: The change in potential loss from hurricanes making landfall on the mainland of the U.S. at the end of the 21st century based on frequency and severity projections from two recent scientific studies. The given losses were estimated using the CatFocus® tropical cyclone model based on an equal, arbitrary value of residential building value for each U.S. postal code. The frequency changes estimated from each scientific study are applied to the present climate estimates of potential loss. 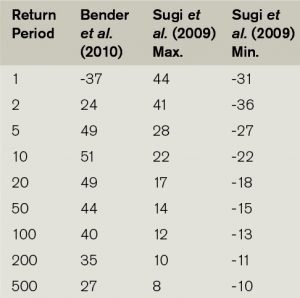 Table 2: Percentage change in potential loss at the end of the 21st century for various loss return periods based on the two scientific studies detailed in the text. See figure 1 caption for more information.

The changes in potential loss, presented in some of these cases, are enough to ring alarm bells for any risk manager. PartnerRe’s long-standing expertise in catastrophe risk research, portfolio modeling, catastrophe modeling and underwriting allows us to offer insurers secure, traditional and capital market solutions for catastrophe weather risks.

To support underwriting and our long-term commitment to clients, we develop our own view of catastrophe risk by taking a balanced approach between proprietary model development and assessment of widely available vendor models. This gives us an enhanced level of understanding for modeling uncertainties and biases, leading to a more informed view of modeling output.

With our proprietary model, CatFocus®, we are able to perform unique analytical tasks, including modeling the sensitivity of different climate scenarios on loss potentials, as shown in this article. Such exercises are an important part of how we ensure that our capital remains secure so that we are able to pay all claims now and in the future.