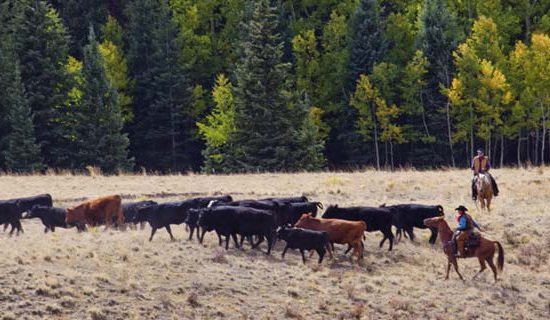 Estimates suggest that demand for animal proteins will increase 50% over the coming decade and that one fifth of livestock is now lost through disease. Managing livestock risk is increasingly essential, yet there are still many unresolved issues around loss compensation.

As worldwide demand for livestock increases, managing the associated risks becomes ever more crucial – disease alone is estimated to be responsible for a 20% production loss. But, many farmers are not fully protected. What’s holding things back and which options show the most promise?

Greater, more efficient and reliable agricultural production is needed to support the world’s increasing global population and per capita consumption levels (figure 1). It is estimated, for example, that world demand for animal protein will have increased 50% by 2020. This sector is however exposed to some hefty, systemic risks including climate change and disease; some estimates suggest that a staggering 20% of total livestock production is lost as a result of disease. With the power to negatively impact GDP, managing the major risks that threaten such a high value – livestock farming represents 40% to 50% of the entire agriculture farmgate value – and fundamental economic sector is essential. Yet, there are still many unresolved issues around loss compensation, including significant uninsurable causes of loss. Concentrating on disease risk, we discuss the current situation and options for the future.

Catastrophic weather risks such as drought and flood are a major threat to livestock farming output, income and business continuity. These risks are evolving as the world’s climate changes. Livestock farming also faces considerable losses from highly contagious disease e.g. Foot & Mouth disease, highly pathogenic avian influenza and classical and African swine fever. The list of animal diseases notifiable to the OIE (World Organization for Animal Health) now totals more than 100. These diseases are also evolving; new or forgotten pathogens can emerge and re-emerge. Other new or forgotten livestock risks can also become apparent, such as the recent dioxin contamination in Germany. Exactly how diseases and pollution or contamination events spread is another important, ever-changing risk factor: globalization and the destruction of ecosystems (changing climate and human population expansion) act to increase the spread and rate of spread of animal pathogens. At the same time, significant progress has been made by international bodies such as the OIE to mitigate the spread of disease.

From the perspective of animal disease and beyond the inherent challenges of fluctuating inventories and animals values, there are also many external factors impacting the associated exposures (values at risk) and these are also constantly on the move (see below, ‘Many genes influencing the exposure’).

Clearly the means to recover quickly after a major event is important both for farmers and for the customers they serve. Alternative supply sources may not be readily available and/or affordable, and livestock production is a lengthy and costly process.

Not surprisingly, the demand for protection against all major livestock risks is increasing, but it is by no means comprehensively available. Significant gaps in cover are the norm, even in developed insurance markets and insurance premium directly attributable to livestock insurance remains relatively small on the worldwide scale. From an insurance perspective this primarily reflects the potential scale of loss, limited loss experience, that the standard of loss is not well defined, that events are not independent and that the many and complex factors influencing the ultimate exposure complicate frequency/severity modeling.

Many genes influencing the exposure

The example of Foot & Mouth disease in the U.K. highlights the pace and extent of movement in this risk sector (table 1). While the number of confirmed cases reduced in the later outbreak, the number of animals culled increased more than eight-fold and the loss mushroomed. There were changes that occurred in the intervening years which in part help to explain why the disease came within reach of so many more animals in 2001 and caused a much higher loss:

As a result, in 2001 animals were moved around more frequently and over greater distances between farms, dealers, auction markets, slaughter houses etc., with individual animals sometimes moved up to several times a day. Not surprisingly then, the 1967 primary outbreak was reported before the infected animals had left the farm, whereas the 2001 outbreak was not reported until the animals were already at a slaughterhouse.

Table 1: Data on the 1967 and 2001 Foot & Mouth disease outbreaks in the U.K. showing an enormous difference in loss that primarily reflects trends in farming to help meet growing demand and improve efficiencies. With such evolution possible, insuring livestock against disease requires a tailored and careful approach.

The trend in farming (to meet increased demand, streamline process and improve profitability) continues to be towards fewer, larger, higher value and less diversified farming units, alone signifying higher individual direct and consequential exposures. Animals continue to be transported more frequently and over greater distances. Variable local hygiene standards and authority responses, which may change over time, and the increasing sensitivity to human health considerations, (60% of current human diseases have an animal origin5) must also be taken into account, including trends in preventive slaughter: Such severe measures help to mitigate the spread of a disease but also increase individual exposures, destroying both diseased and suspected/possible diseased animals. Although some markets offer limited cover for losses relating to government slaughter, it remains controversial as to whether such exposures are insurable.

Options today and tomorrow for a changed species

According to the World Bank Survey 2008, only 38% of the surveyed countries offer farmers livestock epidemic disease insurance, mostly on a compulsory, semi-public basis and retained in the country (government compensation schemes or dedicated compensation funds pre-financed by farmers on a compulsory basis). The figure is closer to 70% for livestock accident and mortality cover. Where such programs exist, country-specific insurance products are generally on offer covering losses beyond the schemes (with sub-limited or full-amount business interruption insurance). This can happen because in such cases the exposure is better constrained. In addition, there is corresponding higher risk awareness, improved data, sufficient insurance penetration, reduced anti-selection and more adequate premium levels. Risk analysis and modeling difficulties are therefore narrowed, though not wholly overcome.

Where they exist, these insurance policies have been successful and have grown in popularity over past decades. Premium subsidies and governmental reinsurance options have also helped to promote viable commercial insurance solutions, in particular in emerging markets.

Where schemes seek to transfer risk into the private sector, livestock disease risk is often placed into the international insurance market due to its systemic nature, and to the handful of players with the necessary underwriting expertise. In consequence of the many aforementioned factors impacting the exposure, indemnity sub-limits, more exact definitions of covered exposures and additional exclusions are incorporated into the policy wordings. The market has a high reliance on reinsurance, which is not yet widely available because of the remaining difficulties involved in modeling epidemic disease emergence, spread and impact.

International organizations, primarily the OIE, have to date made tremendous progress in standardizing the responses of its member countries to possible disease outbreaks. This has opened up the potential for private risk transfer.

However, without public schemes to limit the exposure and bring the abovementioned improvements, the private sector cannot generally provide affordable disease cover to farmers.

Looking to tomorrow, progress will continue in the areas of disease detection and eradication, and the need to feed a growing population and protect farming income will add pressure to finding workable financial solutions against major risks. The involvement of governments enables the private sector to support livestock risks and will hopefully be adopted by more countries. Solutions are possible and steps forward have been made. A fundamental point, however, is that the complexity of this risk and extreme diversity of outbreak and spread scenario, necessitate that individual countries find their own appropriate public-private partnership, in which reinsurance can play an important role.