GMO: Not New, But Still an Emerging Liability Risk 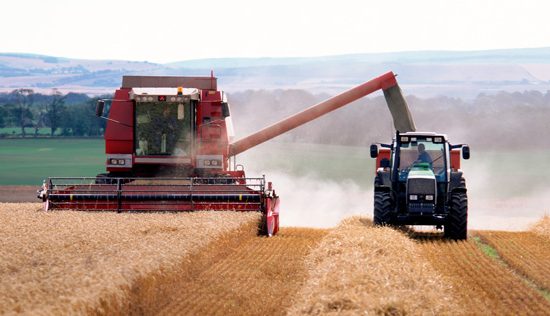 Uncertainty over the long-term health and environmental impact, contamination, food chain complexity, strict liability and the potential for high severity claims scenarios are keeping GMO immature and with an extreme and long-tail risk potential.

They may have considerable advantages for food production, but for liability re/insurers genetically modified organisms still represent an emerging risk with a potential for extreme severity. PartnerRe explains why this topic needs to stay on the discussion table.
By essentially speeding up and ‘perfectly tailoring’ the natural selection process, genetically modified organisms (GMOs) offer agriculture major advantages in a world with ever-more mouths to feed. GMO seed producers, the farmers who are planting these crops and the food industry are exposed to litigation should their products result in third-party injury or financial loss. For example, a GM crop might contaminate the crop of a neighboring organic farmer or a product might be recalled due to health risk or mislabeling. GMOs may have been with us since the mid 1990’s, but given only limited studies on their long-term effects (on human and animal health and on the environment), as well as difficulties to contain the modified genes, complex food supply chains and distribution networks and uncertainties around liability, liability re/insurers still need to tread carefully.

From zero to hero

The worldwide use of GM crops is significant: from zero in 1993, GM crops now occupy 170.3 million hectares. GMO products are a USD 160 billion market (of which GMO seeds, USD 15 billion)1.See figure 1 and figure 2 for a breakdown of the principle crop types and world distribution of arable land used for GM crop production.

There are however concerns and uncertainties as regards the impact of GMOs on human (direct consumption or via meat or fish produce fed on GM products) and animal health, and on the environment, which all potentially impact liability re/insurance3. It has been suggested that GMOs could result in new pathogens and allergies, as well as resistance to antibiotics4and other treatments. Contamination of soil, non-target organisms (e.g. wild plants and beneficial insects) and non-GM crops via wind-blown seed or for example pollen dispersion, are also major concerns, as is the impact of ‘stronger’ lineages on biodiversity. Known as ‘outcrossing’, the spread of GM material to non-GM crops has already been documented (see following section, Exposure examples).

Scientific health studies are ongoing, some with negative results, such as reported intestinal damage in animals given genetically modified tomatoes and co, others more positive, as in Walsch et. al. (2012)5, which reported no impact on the immune responses of pigs fed on a genetically modified maize product.

There are several incidents that cast a shadow on the safety of GMOs and importantly also on the ability to control the dissemination of these organisms throughout food production and distribution networks, not to mention the environment as a whole. These incidents and their economic consequences reveal some of the potential re/insurance exposures and are shaping the emerging risk profile of GMOs.

Conceing liability for genetic contamination: in 2002, organic farmers in Canada applied for a certification for a class action lawsuit6 against two biotechnology companies. The defenders initially cited damages of over USD 14 million for lost revenue relating to contamination of organic canola crops by GM herbicide-tolerant canola. They also sought an injunction to stop ongoing field trials of herbicides. With an estimated premium value for their organic wheat crop of USD 170 million over the next ten year period, they considered that were GM wheat to be introduced, losses from GMO contamination to the order of USD 85 million from the EU export market alone could occur over that time frame. The class action certification was denied and further appeals dismissed (latest by the Supreme Court in 2007), leaving uncertainty as regards liability.

In the U.S. in 2000, a particular variety of GM co permitted only for use in animal feed was found in food destined for human consumption. Further sales of the seed were discontinued, resulting in significant economic loss to farmers. The impacted end products were recalled. The insurance loss was estimated at USD 200 million. This incident highlighted the difficulties involved in effectively segregating GM food products from non-GM food products, and thus also the dangers of granting split approvals for GM products given today’s complex and intertwined food supply chains.

As regards food safety, a scientific advisory panel had concluded in this case that “there is a medium likelihood that the protein is a potential allergen”7. However, subsequent tests by the Center for Disease Control and other scientific studies found no conclusive evidence that anyone had developed an allergic reaction following the consumption of food products containing the GM co protein.

World nations have recognized the need for caution. As GMOs are a relatively new phenomenon with a proven record of wide dispersion potential and whose long-term effects are not yet fully analyzed or understood, several international agreements and GMO-specific regulations have been implemented. The World Health Organization (WHO) is also very involved in advising on risk assessments relating to GMOs, taking an internationally coordinated and holistic approach.

Of particular concern to liability re/insurers in addition to the uncertainties regarding potential long-term health and environmental impact, are issues with contamination (despite regulations and measures such as separation buffers), food chain and distribution complexity, strict liability and the potential for high severity claims scenarios (further increased in the case of class actions). As new GMOs are developed and with each product requiring separate risk evaluation, this remains a relatively young and continually evolving risk, with an extreme and long-tail potential.

Since GMOs were introduced, European re/insurance markets have correspondingly implemented a GMO exclusion clause into general liability reinsurance wordings. There is however an increasing demand in Europe to cover GMO related claims in farming and food industry niche portfolios. In a few instances, re/insurers have accepted amended wordings to cover unforeseen exposures. One condition for granting cover is that the insured must fully comply with all in-force regulations applying to GMO agricultural practices, such as the use of buffer zones. While the corresponding exclusions mitigate this risk10, PartnerRe is prepared to support such endorsements given that operations are fully compliant with the in-place legal framework, that a maximum acceptable aggregate limitation is applied in the insurance contract, and based on a detailed PML study providing clarity on the severity curve of a potential loss occurrence.

Interestingly there is a case in the U.S. where GMOs have been added to the general liability pollution exclusion clause (reflecting their ability to pass into the environment, where the full impact is unknown, but where they certainly have the potential to out-compete other organisms and thus to negatively impact biodiversity). While this move goes beyond standard industry practice, it indicates an emerging recognition by insurers of a potential new risk. With strict liability in the arena and considering the uncontainable nature of gene propagation, the full spectrum of GMO risk is a topic that the re/insurance industry needs to continue discussing.

1 http://www.isaaa.org/resources/publications/briefs/44/executivesummary/default.asp. Corresponding full publication can be ordered from http://www.isaaa.org.
2 The International Service for the Acquisition of Agri-Biotech Applications (ISAAA). www.isaaa.org.
3 Agriculture re/insurances cover only the material damage loss due to natural perils from crop planting to harvest. In the U.S., special discounts on multi-peril crop index rates are now available for some GMO crops to reflect improved resistance to climate perils and more stable yields.
4 In 2003 the EU prohibited the use of GMOs with antibiotic marker genes to mitigate the risk of the emergence of pathogens with resistance to antibiotics.
5 Effects of Feeding Bt MON810 Maize to Pigs for 110 Days on Peripheral Immune Response and Digestive Fate of the cry1Ab Gene and Truncated Bt Toxin.
6 Example overviews: http://oapf.saskorganic.com/legal-page-2.html
7 http://www.epa.gov/scipoly/sap/meetings/2001/july/julyfinal.pdf – page 27.
8 Mode biotechnology is defined in the Cartagena protocol, making a clear distinction from traditional breeding and selection techniques.
9 Farmers growing GM seed.
10 Damages resulting from non-approved GMOs; Damages arising out of non-compliance with labeling regulations of GM products; Pure financial losses; Damages to biodiversity, and state-of-the-art defense.