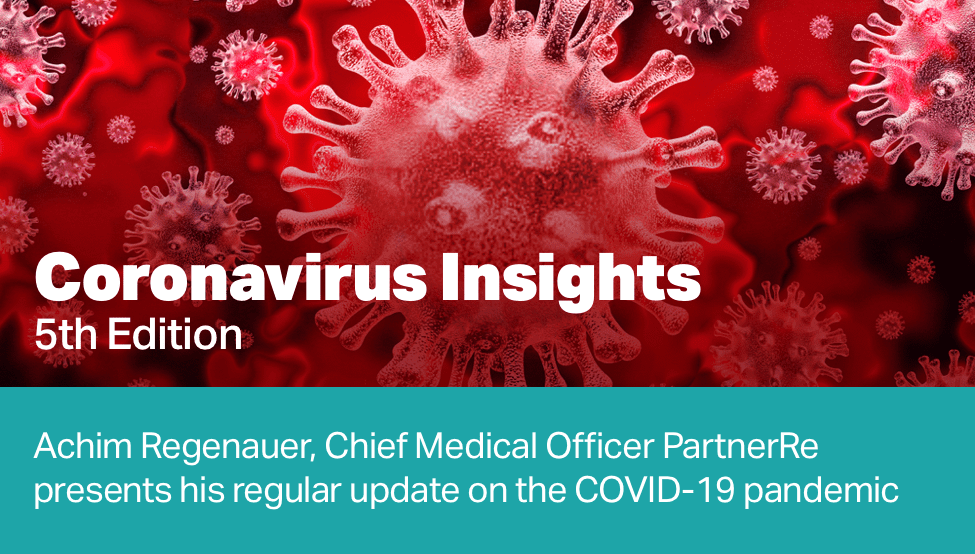 Given the fast-changing situation, this overview is being updated approximately on a weekly basis.

New If you read the previous edition, new/amended content can be quickly found via the small green box markers.

Much is still unknown about the 2019 novel coronavirus (SARS-CoV-2). This document, created by Achim Regenauer, Chief Medical Officer PartnerRe, is intended only as a general overview. Opinions expressed are those of the author. Over the coming weeks and months, a much clearer picture of this virus and its impact is likely to emerge. We hope you find this information useful.

As of March 11, the WHO has labelled the COVID-19 outbreak a pandemic. In the meantime the focus has shifted from China to Europe, the US and other parts of the northern hemisphere.

In most countries, the doubling time of reported infections is in the range of only 2 to 5 days. Limited testing capabilities, reporting lags of more than a week and undetected mild/asymptomatic cases (potentially more than one third) mean that actual case numbers are likely to be far higher than reported.

It is hoped that applied non-pharmaceutical measures, as now mostly being implemented in Western Europe, will decelerate transmission and prevent the breakdown of healthcare systems given limited intensive care resources and ventilators. It will be approximately two weeks before we know how successful these measures have been. The first very tentative data from Italy is encouraging.

Even stronger non-pharmaceutical measures (containment plus digital monitoring of quarantine measures and tracking of individuals), as taken for example by China, Singapore, Taiwan and South Korea, have already yielded positive results. It is unclear, however, what will happen in these countries, nor indeed in any country imposing control measures, once the measures are relaxed.

It is remarkable that so much knowledge about this new virus has been gained in such a short period of time. Advances in diagnostic testing are also progressing well, with a promising outlook of imminent deeper insights into the virus’ epidemiology.

As to further development, the spread of SARS-CoV-2 is fast and similar to the spread of annual influenza. So might this disease also be, or become, seasonal? Could it subside (northern hemisphere) during the coming spring and summer seasons due to higher temperatures, higher humidity, increased UV light exposure and less time spent indoors? Experts1 remain skeptical about this as much remains unknown about the virus.

Another important unknown is whether patients who have recovered from COVID-19 will develop a lifelong immunity or only a partial, time-limited immunity. This question has enormous implications for a future vaccine.

It is too early to determine the full impact on national healthcare systems, economies and societies. It is likely that the virus will be evident during winter 2020/21, and that by then there may be an effective vaccination and therapies.

The virus’ mortality, expressed by the Case Fatality Rate (CFR)*, is reported with wide ranges, but may come down to less than 1% in the majority of countries with a robust healthcare system. Risk assessment currently still lacks reliable screening tests, challenging modelling due to the ongoing presumably high number of undetected asymptomatic cases.

A major concern is that SARS-CoV-2 has now spread to developing countries where testing is rare, such as Africa, which is in close trading contact with China and the Middle East, and physically close to Iran.

If the lockdown situation in China continues for considerably longer, a disruption to the global pharmaceutical supply chain may become an issue given China’s key role in pharmaceutical production; many chemicals used in the making of new medicines come from China.

*CFR: Case Fatality Rate.
The ratio of deaths to the total number of people diagnosed with the disease over a certain time period.

Where it all started

Novel zoonotic coronavirus SARS-CoV-2 was first identified during an outbreak of pneumonia in Wuhan City, Hubei Province, China in November 2019. On January 9, 2020, the WHO announced that this is a new strain of coronavirus not previously identified in humans. The virus is now rapidly spreading in Europe, Asia and North America, with first cases in many countries in Africa, the Middle East and Latin America. On March 11, the WHO declared this to be a pandemic.

New infection numbers currently lag reality by approximately 8 to 10 days due to incubation and reporting times. The genuine current situation is therefore likely to be higher than the reported infection number doubling times of 2 to 5 days.

Since December 31, 20192 – and as of March 24, 2020 – 381,000 confirmed cases of COVID-19 (according to the applied case definition in the impacted countries) have been reported globally. The table below lists the countries most affected, respectively most tested, for SARS-CoV-2 infections3.

*: For more information and discussion points relating to the CFR, see section ‘How lethal is COVID-19?’

Coronaviruses are a large family of viruses.

Transmission and the likelihoods of infection and falling ill

For risk monitoring, epidemiologists primarily use R0 – the reproduction number – as the parameter to describe the transmission potential of an infectious disease outbreak. This parameter is dependent on factors including the infectivity, susceptibility of the population and population density.

Who is at risk?

Transmission is fairly high and certainly easier than for SARS. The vast majority suffer a mild, if not an asymptomatic course of the disease.

Transmission via asymptomatic infected individuals and favored by an unusually long incubation period is likely.

Transmission of e.g. measles or varicella is more than 5 to 10 times higher28.

Genomics – insights and differences compared to past pandemics

All model projections should be viewed with some reservation as they are based on as-yet uncertain assumptions. The specific case definitions and clinical criteria for diagnostic evaluation also differ by country. Furthermore, data on asymptomatic infections are essential in modelling the risk posed by SARS-CoV-235, but are mostly unknown.

What are the symptoms and development over time?

How is the virus detected?

New Testing for the SARS-CoV-2 genome remains complex and confined to special laboratories, although in many countries testing capacity has been ramped up. Unfortunately the test is fairly expensive and does not reliably detect the virus during its incubation period.

A high number of unrecorded cases therefore remains likely as there are as yet no large epidemiologic studies.

Publications on the clinical course pattern of SARS-CoV-2 infection are currently only known from China, South Korea and Italy. The healthcare systems in these countries are, however, too varied to form a reasonable understanding of the exact proportions of asymptomatic to mild, severe and critical cases. It will be at least another month before clinical studies shed more light on the course of COVID-19.

New The mortality of infectious agents in an epidemic is usually expressed as a case fatality rate (CFR), being the ratio of deaths to the total number of people diagnosed with the disease over a certain time period. A problem arises here, as many cases are mild or asymptomatic, and are therefore not diagnosed. Once serologic tests are available during the later phases of this pandemic, these individuals will become part of the CFR denominator. Until this time, the CFR is only an estimate and is likely to change over time. Current CFR estimates are as follows:

To compare these CFR values with previous pandemics:

In view of significant under-recording of cases, the lethality of COVID-19 is lower than published and reliable estimations remain difficult to make.

New The CFR also varies considerably between countries, ranging from 0.1% to around 10%. It is heavily dependent on patient age, associated comorbidities, the availability of isolation facilities, intensive care units and ventilators, and on the general ‘surge capacity’ of the healthcare system. However, despite these variations, it can be assumed that the CFR of COVID-19 in countries with robust healthcare systems lies between 0.7% and 1%.

Historically, the CFR and transmissibility develop inversely: there seems to be an adaption of the virus to the host that makes transmission easier and more effective (contagious), but that results in less deaths – Spanish flu, however, was the exception.

How will the infection be treated?

No vaccine is currently available for COVID-19, but many research groups55, supported by new technologies, are working on this. More than 11 vaccine candidates56 are in development and a phase 1 study of an mRNA vaccine developed by the US National Institutes of Health (NIH) is expected to begin very soon. Successes are likely to be reported, but it is realistic to expect that first applications, even if approval processes by authorities are accelerated, will not be available within the next 12 to 18 months.

How can I protect myself?

General measures for prevention of viral respiratory infections if there is a concern of contracting COVID-19 include:

The risk of contracting a seasonal flu or influenza virus remains higher than for SARS-CoV-2.

Handwashing, no handshaking and general preventive measures (in particular social distancing) are key.

As there is currently no vaccine (pharmaceutical intervention) for COVID-19, the best way to prevent widespread infection is for the population to avoid exposure to the virus (non-pharmaceutical intervention). Unfortunately, even international health authorities are not currently coordinating risk-commensurate measures, partly perhaps as there is no hard data from epidemiological studies or international recommendations that corroborate more drastic measures.

Many governments – e.g. in Asia and Europe (e.g. Italy, France, Spain, Germany and Austria) – are now implementing measures such as school closures, restricted social gathering, limiting population movement and quarantining of hot spots at the scale of cities or regions. This is mainly encouraged by the success of consistent, severe non-pharmaceutical measures as taken in China, South Korea, Taiwan and Singapore. Less severe strategies – such as home isolation of suspected cases, home quarantine of those living in the same household as suspected cases and social distancing of the elderly and others at most risk of developing a severe form of the disease – are less promising and at best a means of intervention in case of a secondary outbreak.

The more stringent non-pharmaceutical interventions now being widely implemented should slow or even stop the spread of COVID-19 to avoid a rapid and steep peak in COVID-19 cases in favor of slower growth to relieve the pressure on hospitals, healthcare workers, intensive care units and ventilators.

The experience from China and South Korea has shown that suppression is possible for a fairly short time period. However, it remains to be seen if it is possible long term to maintain this suppression and to manage the associated social and economic costs.

Given the many advances made since previous pandemics, societies are now far better equipped to handle even a severe pandemic. For example: 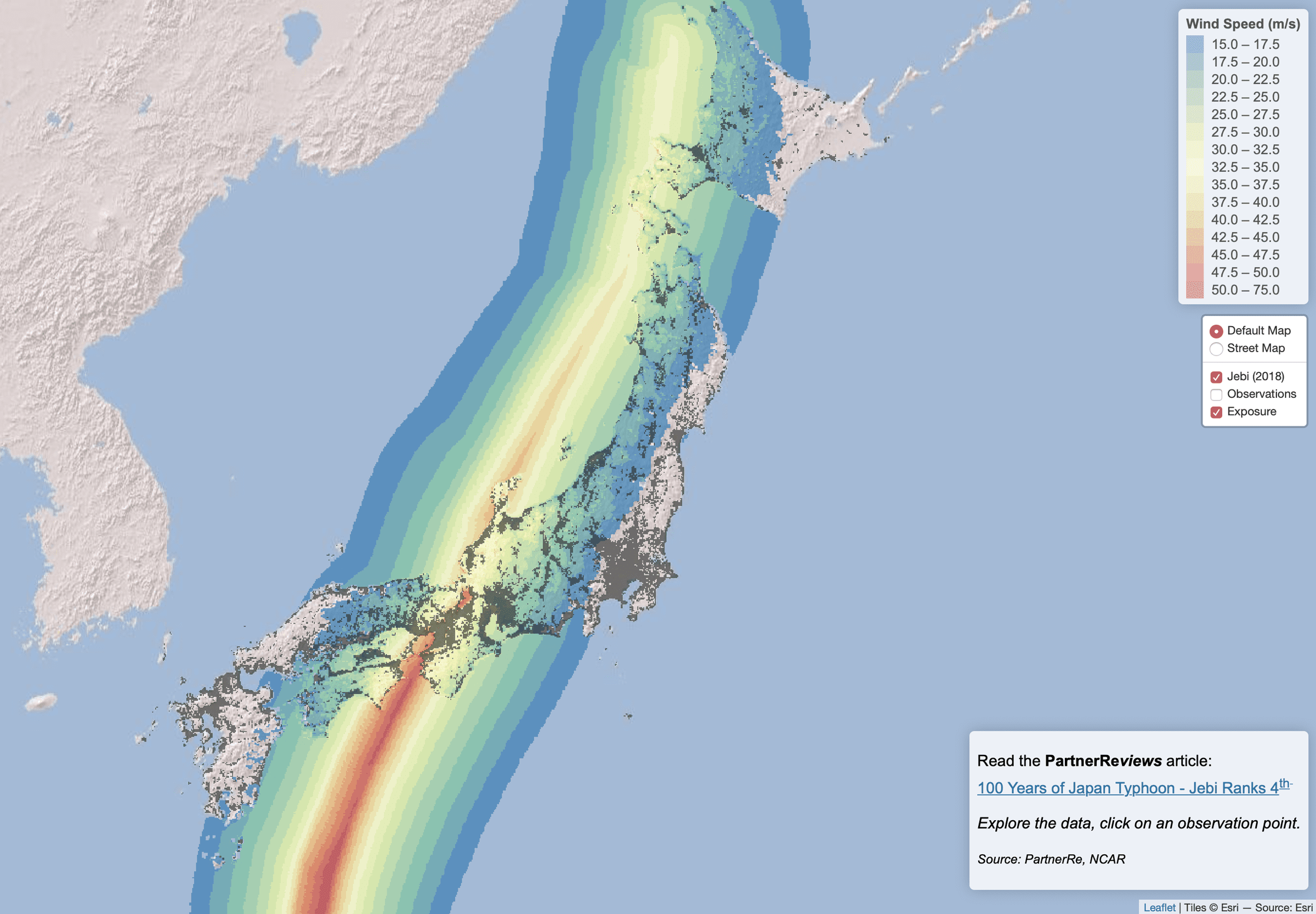 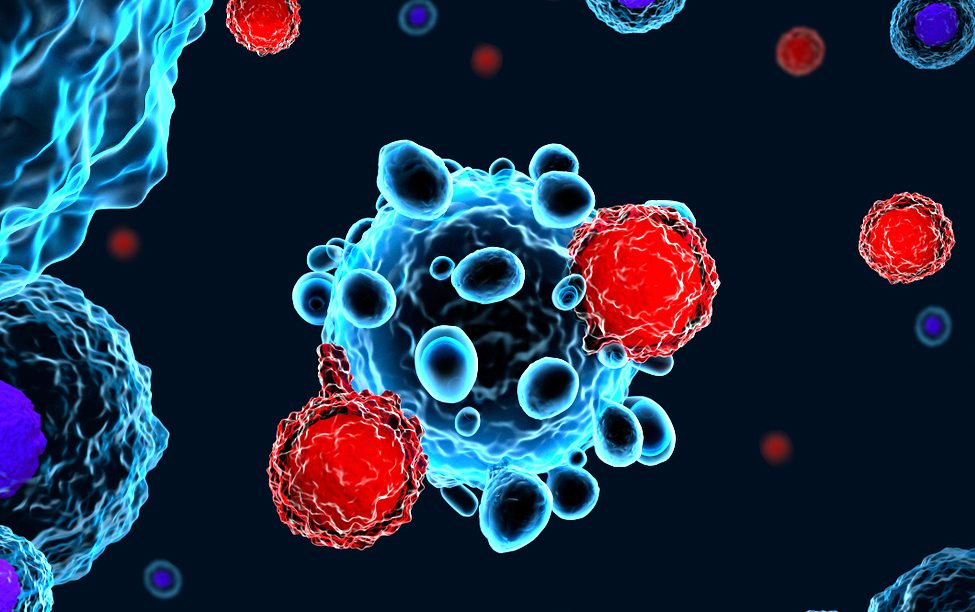 Costing hundreds of thousands, even millions of USD per individual, a handful of immuno- and gene therapies have been developed to-date. But in fact it’s […]