Coal Reclamation Bonds – Why Stress Testing is So Important 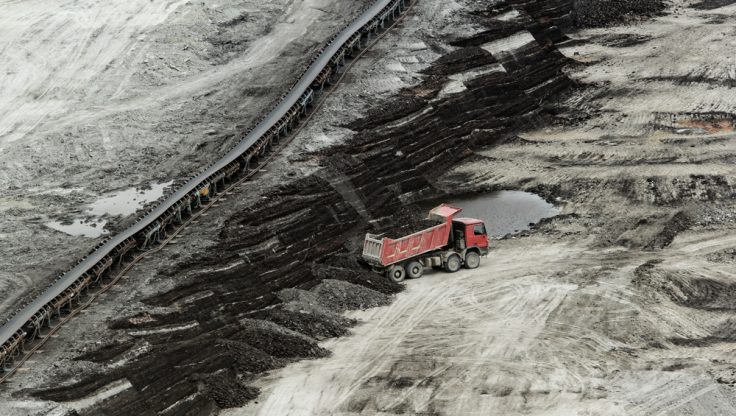 Coal reclamation bonds are a niche class of Surety. These bonds are challenging to underwrite because of the long-term tenure of the obligation and coal price volatility.

The US federal Surface Mining Control and Reclamation Act (SMCRA) governs the regulation of surface mining activities and the reclamation of coal-mined land. SMCRA applies to all coal surface mining, including exploration activities and surface effects of underground mining.  The aim is to minimize negative impacts on the environment, wildlife and society/health, and to ensure that adequate measures are undertaken to restore surface areas after a mine is closed1.

Before mining, companies must apply for a surface mining permit; at this stage they must supply detailed information about the mining operations and reclamation plans, and post reclamation performance bonds2. The bond is a performance obligation, guaranteeing that the Principal (i.e. the mining company or ‘Permittee’) will restore the land and its native flora and fauna, as well as comply with other related environmental laws and regulations, e.g. for water quality.

The bond can be in the form of a corporate surety bond, cash collateral or securities. The bonding requirements are defined by state, but must equal or exceed the SMCRA’s requirements. The bond amount is determined by the estimated cost associated with reclaiming the site after the mining operations have ceased.

Because the bond is required at the permit application stage of the mining operations, the tenure of the bond is likely to be in excess of 10 years, and can run to over 20 years for a large mine.

Coal reclamation bonds are a long-term commitment for the Surety. Underwriting therefore requires a long-term view of the Principal’s solvency and an estimation of the future value of the asset (coal mine).

As a first step, the underwriter assesses the Principal’s balance sheet and character. Equally critical is the consideration of future coal price. As described below, coal has displayed strong price volatility, varying also by coal type and region. This underpins the need for Surety underwriters to carry out rigorous stress testing to assess whether the Principal could weather future price volatility.

“Given the long-term tenure and potential for strong coal price volatility, we believe that stress testing is an essential component of underwriting coal reclamation bonds.”

The stress test involves development of a scenario to model the acceptable variance in coal pricing against the profitability of the asset and underlying debt load on the balance sheet. The stress test can determine the break-even point and help the underwriter develop subjectivities to their bonding agreement with the client. This can include limiting any dividends paid to investors and/or inclusion of a trigger to demand collateral to protect the Surety from loss.

The price of coal fluctuates like any other commodity. Prices spiked in 2008 and price volatility has been particularly high in recent years; see table 1 and figure 1. For coal, the following factors influence the base price:

BTU and purity: The highest prices are commanded by coal with high BTU values and low sulfur content (see below, ‘A heterogeneous commodity’).

Mine location: Accessibility to natural gas producers (fracking) is critical, (see below, ‘Electricity generation’), as is the relative health of the regional economy (local supply/demand dynamic3).

Table 1: Maximum and minimum spot coal prices for the five major coal regions in the United States from 2008 to 2018, showing high price volatility. Prices in USD per short ton. Coal types, heating values and purities vary between and within regions and are therefore not included here. Source: Quandl.4 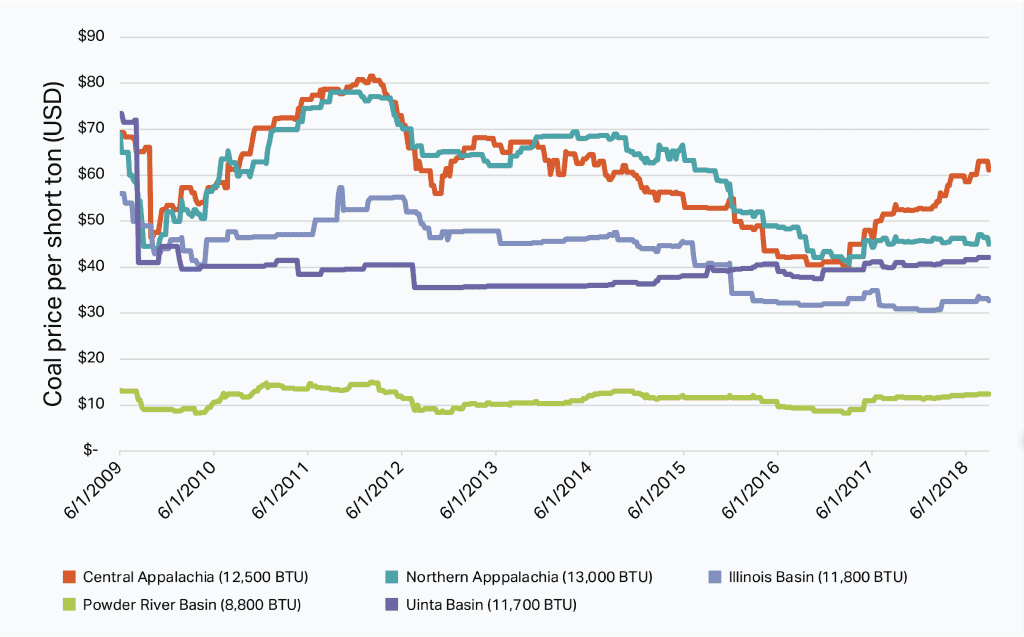 Figure 1: Coal prices have shown significant volatility over recent years. United States average weekly spot price of coal per short ton by major coal producing region, 2009 to 2018. The price spike in 2008 has been removed to better show the volatility from 2009 onwards. Source: Quandl.4

There are many other underwriting considerations that can impact the mine’s future income generation potential (coal price), costs and operational viability.

Our view is that with solid underwriting practices, including stress testing to take potential future price volatility into consideration, the Surety can rely on the strength of the Principal’s balance sheet and the intrinsic value of the asset to protect against a Surety bond loss.

Our Financial Risks team maintains expertise in this niche Surety business. We would be happy to assist you in developing an underwriting framework and approach for coal reclamation bonds.

The United States categorization of coal follows a progressive ranking from lowest (peat) to highest (anthracite), with coal types defined by the percentage of specific constituent elements; e.g. carbon, hydrogen, sulfur and oxygen.

Higher ranking coals have what is referred to as a higher ‘heating value’5; these coals command the highest prices. As do coals with low sulfur content; high sulfur content produces acid rain (H2SO4) when it’s burned and the smoke mixes with water in the atmosphere.

The ratio of a coal’s carbon and sulfur contents is used as a measure of its ‘purity’.

Lignite (lowest rank).  Lignite has the lowest heating value and lowest carbon content.  Although it is more solid than peat, it crumbles when shipped long distances.

Bituminous coal (intermediate rank). Sometimes called ‘soft coal’, this coal is the most abundant type of coal.  It has a high heating value, but also a high sulfur content. More than 80% of the bituminous coal produced in the United States is burned to generate electricity.

Anthracite (highest rank). This coal has the highest heating value and highest carbon content.  Anthracite burns for longer, giving off more heat and less dust and soot than other types of coal.  Nearly all of the anthracite in the United States is mined in Pennsylvania, although there are some small coal beds in other states.

Large coal formations in the United States are located in areas including the Northern Appalachia, Central Appalachia, Illinois Basin, Powder River Basin and Uinta Basin in Colorado. The coal from each region (and within regions) has varying heating values and purities.

Following a half century of coal generating approximately 50% of the United States’ electricity, this percentage has been notably falling since 20086,7, with variations by main coal-producing region8. From 2012, the trend was compounded as plentiful supplies of natural gas obtained from fracking became available and at comparatively lower prices. In 2016, the percentage of electricity generated on an annual basis by natural gas (34%) exceeded that of coal (30%) for the first time6.

1 e.g. https://www.fws.gov/laws/lawsdigest/surfmin.html
2 ‘Reclamation Bonds from the Surety Perspective’; https://www.bestlawyers.com/Content/Downloads/Articles/2267_1.pdf
3 Includes the weather dynamic, e.g. a period of unusually warm winters reducing demand for electricity.
4 https://www.quandl.com/collections/markets/coal
5 The ‘heating value’ of coal is measured using the British Thermal Unit (BTU), a traditional unit of heat defined as the amount of heat required to raise the temperature of one pound of water by one degree Fahrenheit.
6 https://www.eia.gov/electricity/monthly/epm_table_grapher.php?t=epmt_1_01
7 e.g. See also summary in https://www.mjbradley.com/sites/default/files/MJBAcoalretirementissuebrief.pdf
8 https://www.eia.gov/todayinenergy/detail.php?id=29872