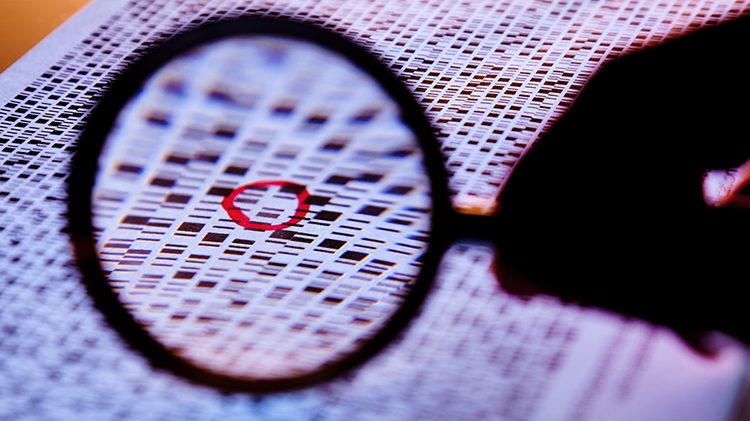 A considerable amount of investigatory and skilled fine-tuning work is required to calculate sufficiently reliable ‘incidence rates’ to price Critical Illness Insurance (CI). This is because it’s a long-term, often complex product that’s affected by rapid medical progress and product evolution, as well as by risk data availability, inconsistency and interpretation issues. To help pricing actuaries to tackle these many challenges, we open a case on deriving CI incidence rates.

CI pays a benefit to the policyholder according to each policy’s specific medically defined conditions1. Pricing requires careful examination of each definition and then calculation of the respective incidence rates, which begins with either insured population claims experience (ideal if available) or general population data, followed by numerous considerations and adjustments. Our investigation starts with the pricing approaches for different types of CI product, before moving on to giving evidence on deriving incidence rates depending on the main data source.

The popularity of CI product type – accelerated, additional and standalone CI – differs by market. For example, accelerated CI is the main form in the U.K., whereas standalone CI dominates in Canada2.

Pricing additional and standalone CI is based on the individual respective calculated incidence rates of CI conditions.

For accelerated CI covers, where CI and mortality ‘compete’ for the claim payment, estimated mortality rates must be included and adjusted (as opposed to summed) to take into account the overlap between death and CI incidence rates. See box ‘Adjustment for accelerated CI’ for more information.

In many markets, however, pricing is further complicated by products that offer multiple payments; Multiple-benefit CI and Severity-based CI are the two main variations.

For a Multiple-benefit cover, it is necessary to calculate many combinations of incidence rates. Consider, for example, a product covering three conditions: Cancer, Heart Attack and Kidney Failure. Figure 1 shows that fifteen separate incidence rates would need to be calculated. This would be a challenge given the limited availability of data to calculate the second, third and further incidences.

This problem is overcome at the product design stage by allocating conditions to groups that are uncorrelated with one another and by allowing the policyholder to claim only once from each group3. For example, in the case of figure 1 it would be assumed that the probability (P) relationships are:

Under this assumption, the number of incidence rates to calculate falls from fifteen to three.

In this insurance, a portion of the sum assured is paid depending on the severity of the condition. It allows for multiple payments for the same condition and the policy remains inforce after a payment. The most common severity-based cover disease is breast cancer, which is assessed by progressive stages of the disease ranging from 0 to 4.

In certain markets, it is possible to access direct insured population claims experience and exposure data. This is the most relevant data source for pricing, requiring minimal adjustment for differences in the insured groups and definitions. In the U.K. for example, the CMI4 regularly publishes reference industry tables for CI incidence rates from pooled industry data. In China, the CIRC published market CI experience data and incidence rates for the main CI conditions in 20135.

In general, company claims experiences will however differ due to varying sales channels, underwriting practices, claims processes including IBNR and conditions covered. These differences will need to be identified and the rates adjusted accordingly. Of particular note:

Adjust for change in the covered conditions

The first check when running an experience analysis on insured portfolio data is to analyze changes in the condition definitions which were used over the investigation period: Any change in the number of conditions, has a definition become harsher or more lenient, and how do the past and current definitions compare? In the U.K. for example, angioplasty used to be a common CI condition. The introduction of improved angioplasty techniques reduced the severity of the disease to the policyholder but led to more CI claims. Most insurers subsequently removed the cover/definition, which had an immediate effect on their experience.

Adjust for lack of data for older ages

Insured experience is often concentrated at younger ages (see example in figure 2) and therefore lacks credibility for higher ages. The pricing actuary will need to consider what supplementary data sources can be utilised and how to extrapolate the incidence curve; sources may include population statistics or experience from other insurance products.

It can take several years before all the CI claims from any one year of exposure are reported and settled. The incidence rate will therefore be underestimated if no adjustment is made for IBNR practices in the pooled data. Also, a change in experience over time may be due to an adjustment of the IBNR practice rather than to a real change in the level of risk. There is also substantial variation to consider in IBNR between conditions6, see figure 3.

A common best practice used to assess how reasonable the final derived rates including IBNR are, is to check them against population incidence rates.

Underwriting quality impacts incidence rates and this varies by condition, as some risk factors are easier to detect than others (heart attacks compared to cancer for example). When analyzing the experience of a portfolio, it is therefore important to consider changes in underwriting practices over the investigation period and to assess how this has contributed to the observed experience.

Adjust for change in the product mix

CI has been one of the most innovative areas in the insurance industry since its initial launch, equating to a short product life cycle in some markets. This change in the product mix over time distorts pooled industry data. Different risk profiles and risk factors must be analyzed. In addition, market knowledge is required to make product mix judgements if this information is not available.

Higher socio-economic groups tend to have lower incidence rates than the general population. This varies by condition, however, and is, for example, generally true for heart attack and stroke, but is not the case for certain cancers due to better access to screening programs.

If there is no available insured population data, insurers will utilize general population statistics obtained from government statistical departments, international health organizations and medical institutions. There are many limitations to such sources, as detailed below, but with adequate adjustments it can be possible to derive reliable incidence rates:

If population incidence rates (rather than mortality rates) are available from hospital data, it is important to consider the following points:

The aforementioned adjustments will provide base critical illness incidence rates. The pricing actuary will then need to consider how to allow for a variety of other contract features, as and when included, such as waiting period, waiver of premium and TPD definition. These will typically vary by country and company.

As ever more features are added to CI, such as buy back, reinstatement of CI, multi-pay and partial payments, the actuary will need to develop approaches for pricing these additions.

It is also important to assess the impact of exclusions (typically HIV, self-inflicted injuries leading to a CI claim and alcohol and drug abuse) on public data or to compare the exclusions when using insured experience data.

And finally, adjusting for the future

CI is mainly a long-term product. Over the product’s term (mortality and morbidity) incidence rates will evolve due to changes in multiple risk factors including medical advances, lifestyle and regulation, and this will need to be allowed for in the pricing. This is a particularly challenging area for pricing actuaries.

Developments in medical science will impact CI diagnosis and treatment, with many CI conditions being detected earlier and treated with more success and more routinely compared to the past, reducing the mortality rate of critical illnesses and preventing more severe critical illnesses from developing. This has a positive effect on mortality rates and severe CI rates. In contrast, where earlier detection meets a CI definition, incidence rates will increase over time.

Increasingly sedentary lifestyles, poor diet and reducing physical activity levels have been observed in many countries9, increasing obesity rates and the risk factors for diseases such as heart disease and stroke. Although gradual over time and complex to predict, where such trends are identified, an estimated associated future deterioration in CI rates will need to be considered.

Regulatory rulings, such as the introduction of national screening programs, are likely to cause sudden changes in incidence rates. Equally, other government health initiatives, such as Singapore’s ‘National Steps Challenge’10, will impact lifestyle risk factors and therefore the incidence rates of conditions such as heart attack and stroke. These are complex to predict, but by working closely with governments, expected changes can be identified and allowed for.

With extensive international experience of CI risk assessment and pricing, PartnerRe’s team of Life medical underwriters and pricing actuaries can help insurers in global markets to develop and/or strengthen their CI pricing procedures. We help our clients to identify optimal approaches specific to their market and to deal confidently with the many challenging pricing features discussed in this paper.

Please contact us to find out how we can help your business.

Read all the other articles in our Critical Illness series: