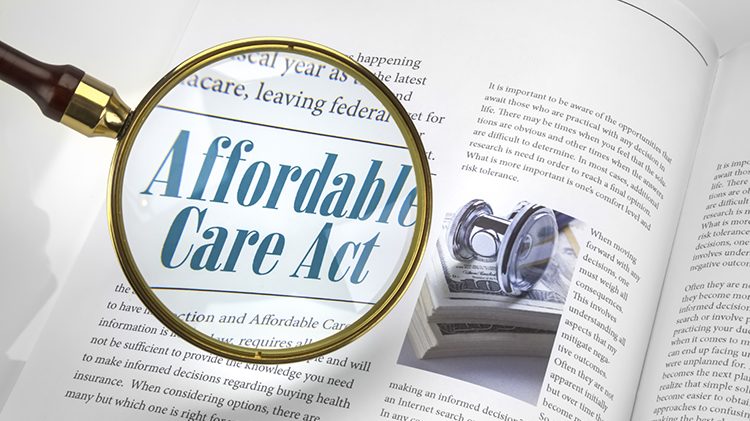 As the first full year of the Patient Protection and Affordable Care Act (ACA) draws to a close, insurers, providers, and consumers alike are wondering what 2015 will have in store. What factors are we grappling with now, and what will the coming year look like?

More than 7 million Americans are currently enrolled in Health Insurance Exchanges (Exchange) according to the U.S. Department of Health and Human Services (HHS). After a rocky start last fall, enrollment gained momentum toward the end of the 2013 expanded open enrollment period. Although the Exchange websites gradually recovered from the myriad technical issues they had at rollout, many people — up to 70% of eligible candidates, according to a Robert Wood Johnson Foundation estimate — remained unenrolled by midyear.

Now, in the midst of open enrollment for 2015, the Exchanges have been tested and the websites should be largely free of bugs. According to HHS, the federal Exchange — HealthCare.gov — has received improvements to its interface as well as its ability to handle data. In addition, a new Small Business Health Options Program is being built. The Congressional Budget Office anticipates that enrollments will rise to 13 million people; however, the Department of Health and Human Services’ (HHS) estimate is more conservative, projecting enrollment through the exchanges will be under 9.9 million.

In addition, re-enrollment is now an option. Enrollees in the Federal Exchanges will be automatically reenrolled, unless they take action otherwise. Reenrollment by state varies. Rather than focusing entirely on new enrollees, HHS will also send notices to those currently enrolled, giving them an opportunity to evaluate whether other, more affordable programs have become available; changes have been made to their current plan; or if they have a change in their eligibility for a tax subsidy. The expansion also applies to those who had applied but missed the previous open enrollment window.

Another improvement is that in 2015, all counties that the ACA covers will offer  Exchanges.  Broad availability of coverage is a salient point, as competition among insurers is expected to help reduce  prices— a primary consideration for those enrolling for the first time. To date, the level of competition in the Exchanges would suggest that the ACA’s policies are working, both nationally and at the state level.

Despite the Congressional Budget Office’s estimate that millions will enroll this year, serious concerns exist about connecting with those who remain uninsured. An October 2014 Kaiser Family Foundation survey found that 89% of eligible uninsured individuals did not even know the date of open enrollment.  Despite the breadth of ACA news and coverage in the media (social and otherwise), the survey noted that nearly two-thirds of the uninsured demographic polled knew “only a little” or “nothing at all” about the Exchanges and half were unaware that they may qualify for financial assistance to pay their premiums.

Under the ACA, cost containment means different things to different people. For consumers, the focus tends to be on containing the cost of obtaining coverage (e.g., premiums). For insurers, lowering the cost of medical services and claims is paramount.

Across the nation, consumers are seeing an overall increase in premiums for 2015. However for the most part, rates are not rising as much as some pundits had feared.

Mode Healthcare reported their analysis of statistics released in early November 2014 by the Centers for Medicare and Medicaid Services (CMS). The research organization’ analysis reveals:

Although health insurance premiums may dominate the headlines, other aspects of the ACA are showing positive results:

On the other side of the coin, insurers can look for multiple factors to influence costs in 2015. For example, factors that can lead to increased costs include economic improvements, development of higher-priced drugs and therapies, and the price of IT integration requirements.

Factors that can lower costs include standardization of systems across plans and increased transparency in healthcare pricing. In particular, enrollment in high-deductible plans has tripled since 2009. So, while providers are looking for ways to standardize processes to improve value, consumers are becoming much more price conscious, which affects utilization and how they shop for care.

Proactive management is key for insurers

As insurers look ahead to 2015, it’s important to have an outside partner that can provide not only perspective, but solutions for proactively managing costs. PartnerRe can provide the tools and services you need to quantify, manage, and limit your risk.

With so many changes in store for providers, insurers, and consumers alike, questions are inevitable. Contact the experts at PartnerRe online or by phone at (415) 354-1551.