A Matter of Style 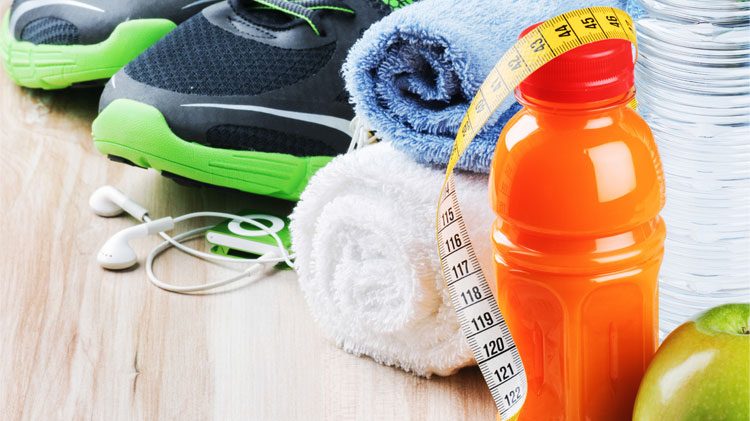 Lifestyle risks are now the overall dominant factor that determines the likelihood of a long and healthy life. Florian Boecker, Head of Life Solutions at PartnerRe, reviews lifestyle risk trends and their dynamic and varied impact on Life and Health re/insurance.

We all hope (and in many cases, expect) to live a long, healthy life. Over the last century, disease and accident prevention measures and medical progress have massively improved our chances of doing just that. Indeed, the world average life expectancy at birth more than doubled over this period, increasing from 31 years at the beginning of the 20th century to 68 years in 20131 (although there is still a large contrast between developed countries, where a newborn can expect to live well beyond its 80th birthday, and the poorest countries where it will struggle to reach its 50th). Most of this progress in life expectancy is due to the successful fight against infectious diseases, better treatment of cardiovascular disease and a reduction in accidents and injuries.

However, we are not doing as well as we could do in minimizing our risk of disease and injury when the contributory cause relates to the way in which we (in the main, choose to) live our lives. Known to re/insurers as ‘Lifestyle Risk Factors’, smoking, drinking, drugs, poor dietary habits and lack of physical exercise, for example, all have a significant negative influence on our health.

To better understand the impact of lifestyle risk factors, we can look at the Disability-Adjusted Life Years (DALYs) concept, a measure of the ‘burden of disease’. This measure is defined as the number of healthy years lost due to both sickness and premature mortality, compared to an ideal situation where everyone in the population lives healthily to an advanced age2. Splitting DALYs by cause indicates where the major health issues lie in a population. As figure 1 shows, DALYs directly linked to lifestyle risk factors account for more than 75% of total DALYs in developed countries. This demonstrates just how important it is to monitor and understand the various lifestyle related risk factors and their respective evolution.

Weight related issues are the biggest contributor to DALYs in developed countries (figure 1), with problems at both ends of the weight spectrum.

At one end of the scale, a rapidly increasing number of people, especially in developed countries, now qualify as obese, i.e. have a body mass index (BMI3) of 30 or higher (figure 2). Of particular concern is the fact that the highly obese subpopulation (persons with a BMI of 35 or higher) is growing even more rapidly than the ‘normally obese’ group.

Increasing obesity rates are considered to be the result of the appeal and convenience of low-cost, often unhealthy food, combined with low levels of physical activity and the general acceptance of a certain level of overweight as a developing norm in some societies.

While we will have to live with the consequences of increasing obesity, including the financial strain on health systems, there is at the same time some positive news. The recent, and hopefully sustainable, trend towards personal fitness and health programmes could lead to a partial reversal of the obesity trend, although the effect may be selective within certain subgroups. Technology, primarily in the form of wearable fitness trackers and health apps, has the potential to play a crucial role in this development by encouraging users to enhance their activity and fitness levels.

While obesity remains an immense societal problem, at the other end of the scale, being underweight is also a major health concern.  As figure 3 shows, the mortality hazard ratio for a BMI of 15 is above 2 (which means that a person with a BMI of 15 has more than double the mortality of a person of the same age with an ‘ideal’ BMI in the low twenties), which is similar to that for a BMI of 40.

Contributing to these figures, severe eating disorders such as anorexia nervosa and bulimia nervosa have the highest mortality rates of all major mental illnesses5. Although it is surprisingly difficult to find credible data for the prevalence of eating disorders in the general population, these conditions are substantially more present amongst younger women and seem to be increasing in this subgroup. While the underlying factors are complex, peer pressure fostered by social networks, fashion trends and movements that promote extreme thinness as an ideal body form6, seem to play a progressively more important role. This is certainly something to monitor carefully.

The use of tobacco increased continuously throughout the first three quarters of the last century, proliferated during the major wars of this period and supported by aggressive marketing and PR campaigns by the tobacco industry. Since the causal link between smoking and certain types of cancers has been established, the attitude of society towards tobacco consumption has changed, leading to the introduction of a broad variety of measures to discourage smoking7. As a result, the prevalence of smoking around the world has significantly decreased (see figure 4).

Relatively recently, a new trend has emerged: e-cigarettes became very popular within just a few years of their introduction (see figure 5 and e.g.9). In terms of health risk, the jury is still very much out on the associated long-term health effects of e-cigarettes and many are concerned by their potential to attract non-smokers. There is also anecdotal evidence that e-cigarettes are being used to consume illicit substances such as hashish oil. They are, however, overall considered by many researchers to be the ‘healthier choice’ because they lack most of the toxic ingredients that are present in tobacco, delivering mainly just nicotine (plus propylene glycol/glycerine) in vapour form. As figure 5 shows, the interest around e-cigarettes may already have peaked, supported by a corresponding fall in reported sales10 in some markets.

A tipple too many

In developed countries with an established ‘drinking culture’, a person aged 15 years and over consumes on average 11-12 litres of pure alcohol per year. This equates to approximately three small (0.2 litre) beers per person per day – every person, every day! Although this number is alarming, the good news is that consumption is generally decreasing in most of those countries. Recent statistics from the U.K., for example, indicates that binge drinking levels are falling. However, some subpopulations, such as older men, are drinking more11.

Developing countries, for example China, India and Brazil, are experiencing an increase in alcohol consumption, but from a lower level compared to developed countries. This trend is mainly driven by a westernization of lifestyle in combination with the increased affordability and availability of alcoholic beverages.

These two country groups are framed on the one side by Easte European countries, which in general display very high alcohol consumption, and on the other by Islamic countries with negligible drinking levels. Both extremes indicate the importance of social acceptance of alcohol consumption as a determinant of its prevalence – an effect that we see to varying extents for all major lifestyle risk factors.

Insurance in a world of fast-changing lifestyles

In a world which has overcome many of the ‘big killers’ of the past, lifestyle choices have now become the dominant factor that determines the likelihood of a long and healthy life. They are therefore of great importance not just to the individual and to society in general, but also to Life and Health re/insurers.

The good news is that substantial progress is being made; smoking and alcohol consumption are on the decline in many countries and personal fitness is increasing in popularity, all of which will have a positive impact on health and mortality. However, there are worrying, negative developments in some areas, such as obesity, and lifestyle risk is clearly a dynamic area with subgroups that are at substantially higher risk irrespective of positive overall trends.

Looking into the future, technology, especially better data analytics, is set to lead to new Life and Health insurance products that are both very attractive for the policyholders while at the same time protecting the re/insurers against anti-selection. Predictive underwriting will make insurance purchases more convenient for the policyholder. Wearables offer the opportunity to monitor and positively influence the behaviour of individuals and could be used to provide flexible, highly customised insurance protection at a comparably low price. These devices may actually become the Life and Health equivalent to telematics. In addition, previously uninsurable subpopulations, such as HIV positive individuals, are now already able to access affordable life insurance cover12 due to advances in the treatment of this infection and a greatly enhanced comprehension of the risks associated with it.

An area where improvement is needed relates to the speed at which the re/insurance industry responds to changing trends, a good example being e-cigarettes which may have gone through most of their ‘popularity cycle’ before the industry fully incorporated this phenomenon into underwriting.

As an industry, we need to better understand lifestyle risks and their impact on our customers. For better or worse, they are the key group of risk factors in Life and Health re/insurance, they are dynamic and they can be influenced.

Highly experienced in the development of innovative, tailored solutions for our Life clients in world markets, and with a strong focus on partnership and knowledge-sharing, PartnerRe’s Life experts would be delighted to discuss risk trends with you, and to assist your company in achieving its objectives.  Explore our Life solutions and contact our teams.

This article was first published in full in The Geneva Association Health and Ageing Newsletter, April 2015.

1 CIA World Factbook.
2 www.who.int.
3 BMI is of course a very imperfect measure for the adequacy of a person’s weight, however, it is still widely used and is considered sufficient in the context of this article.
4 Source: ‘Obesity and Mortality’, S. Gutterman, 2014 International Congress of Actuaries.
5 See for example www.anad.org or R. Lozano et al (2012).
6 e.g. Pro Ana and Pro Mia.
7 ‘The emperor of all maladies’ by Siddartha Mukherjee is an excellent reference for this topic.
8 www.healthdata.org.
9 Brian A. King, Roshni Patel, Kimberly Nguyen, and Shanta R. Dube. “Trends in Awareness and Use of Electronic Cigarettes among U.S. Adults, 2010-2013.” Nicotine & Tobacco Research, 2014.
10 http://www.bloomberg.com/news/articles/2014-07-16/e-cig-sales-slide-as-regular-smokers-retu-to-real-thing.
11 See ‘Sex, Drugs and Rock ‘n’ Roll: Impact of Lifestyle Choices in the Over 50s‘, PartnerRe, 2013.
12 See ‘The Changing profile of HIV’, PartnerRe, 2012.