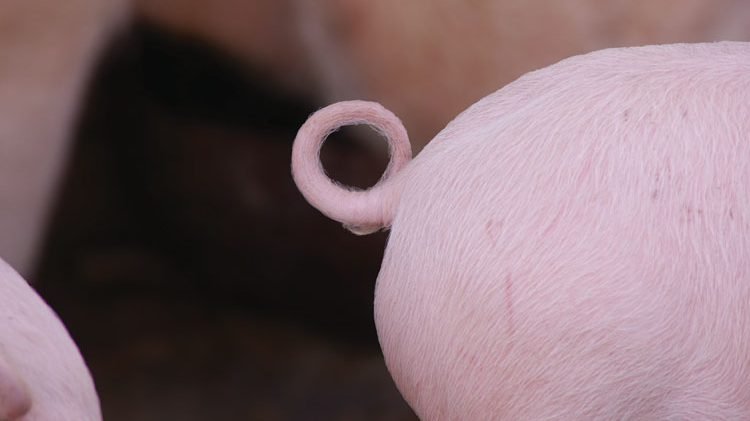 An exploration of the features and issues associated with Pig Price Index Insurance, a non-traditional agriculture product in the Chinese market that indemnifies pig farmers when the average pig:co price ratio falls below a pre-specified threshold.1

The need for cover

Economic growth has seen the demand for meat, in particular for pork, rise dramatically in China. In fact, pork prices have a strong influence on China’s Consumer Price Index (CPI). A number of scares, including an epidemic in 2007 which led to the annual rate of increase in the CPI hitting a ten-year high2, prompted the government to seek ways to protect farmers against losses, ensure continued supply and avoid price volatility. With co as the primary feed for pigs, Pig Price Index Insurance was launched as an income protection solution that would protect farmers based on the relative prices of pig and co.

On a weekly basis, the government publishes the national average pig price per kilogram, co price per kilogram and the pig:co price ratio3. Although co is not the only feed for pigs and there are regional differences in terms of pig and co prices, as well as other factors impacting income and expenditure, such as labor costs, the pig:co price ratio is often cited as the primary indicator of pig farmers’ profitability. The pig farmers’ breakeven point is considered to be a pig:co price ratio of  6:1. The accepted relationship between the pig:co ratio and losses to farmers is shown in figure 1.

Despite recent reports of a spike in the price of pork in China, the pig:co price ratio was below the breakeven point from mid-January 2014 to May 2015 (see figure 2); farmers are estimated to have lost between 200-500 RMB4 per pig over this period5. As a result, and supplementing traditional agriculture insurance products that cover disease and accident, the government encouraged insurers to provide income protection products to farmers that raise pigs and which trigger when the average ratio over the insured period is below 6:1.

Taking a closer look at the last four years (see figure 3), it is apparent that the co price has remained relatively flat in comparison to the more volatile pig prices. Traditionally, pig prices follow an annual cyclical trend with higher prices in winter due to increased demand (also seen on the May 1 and October 1 public holidays). In addition to this annual short cycle, there was over this period also an underlying longer cycle that was also driven by factors of supply and demand:

Workings of the insurance

There is no standardized wording for Pig Price Index Insurance and covers vary by insurer and province, although there are in general three types of cover known as A, B and C, A being the most common. With the high national importance of pork, most premiums are subsidized by the government by up to 80%, the government also sets some of the parameters regarding how the cover works, including approval of the trigger ratio, as well as influencing the rates.

The calculation of claim payout per pig varies by wording type (see figure 4).

In this example, wording A compensates an assumed ‘full loss’ suffered by the farmer when the pig:co ratio falls below 6:1, whereas wordings B and C only compensate for part of the loss. The insurer of wording A would require a high enough premium rate to cover such claims.

Now approximating the performance of the product against pig:co price statistics: Market experience indicates that premium rates for wording A have been recorded at between 2% and 4%, and the PC(a) ratio was 5.34 for H16 2014, 5.68 for H2 2014 and 5.72 for H2 2015. Covers based on wording A with a trigger point of 6:1 and an example premium rate of 3% would have easily attracted loss ratios exceeding 500% in this period. For policies issued in 2015 there was a subsequent reduction in the trigger ratio to values in the range of 5.4 and 5.6. With the reduction in supply of pig following low profitability in 2014, the PC(a) ratio is now back above 7:1 and the indication is that insurers have increased the trigger point back to the breakeven ratio.

The risks for re/insurers

From the above it is clear that the major driver of claims experience is the pig price. Protecting price fluctuation raises many questions and difficulties for re/insurers.

Is the risk insurable?

Traditional livestock insurances that protect against diseases, fire and natural perils, indemnify accidental losses. Pig Price Index Insurance losses do not however occur at random, but are linked to falling pig prices and follow a cycle of demand and supply.

Are the frequency and severity of expected losses assessable?

Traditional insurance models are not appropriate for price fluctuation covers, which are similar to a put option in finance. Such covers could therefore be better assessed via option pricing strategies.

Is the risk manageable?

In the medium term, it is possible for farmers to diversify into different types of livestock and feed and hence to minimize losses due to pig or co price fluctuations. Collectively, pig farmers can also impact the medium-term pig price by either increasing or reducing supply, though there is a delay in effect (for example, it took more than 12 months for the pig:co ratio to climb back above the breakeven level of 6:1 in 2015).

The government also takes a number of measures that can help to stabilize the ratio, such as putting pork into cold storage to reduce supply and maintain price levels. The impact of this on the ratio is however also delayed and unquantifiable. Furthermore, although the co price has appeared relatively stable in past years, it is uncertain as to whether this is representative of the future.

Can the risk be diversified?

Improving the long-term viability of the product

Given the issues discussed, more could be done to improve the long-term viability of this product. Insurers can seek to limit their exposure by arranging Quota Share or Stop Loss reinsurance treaties, but for a more sustainable solution for all concerned and to continue to achieve the goal of protecting farmers, the following points should be considered:

PartnerRe is a long-term, specialist reinsurance partner for our clients in Asia. Contact us to find out more about agricultural risk solutions from PartnerRe – reinsurance protection based on partnership, stability and expertise spanning all agricultural segments, geographies and risk classes.